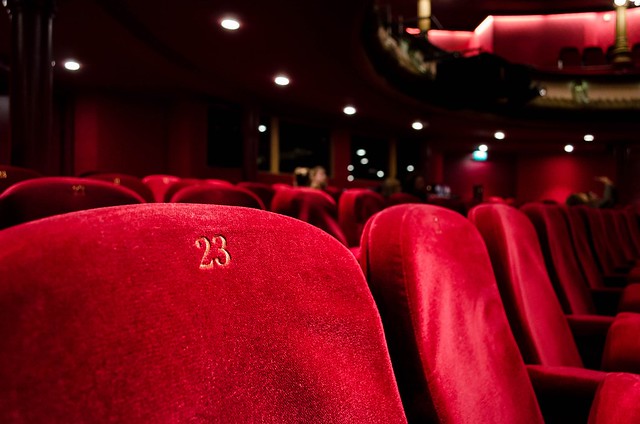 Curtain up! The live musical scene in London is amongst the greatest in the world. The lavish productions in the West End showcase the work of some of the best talents in the theatre business. If you’ve got a teenager in your family, taking them to a musical would be an ideal treat. Not only are you guaranteed some awesome entertainment, it’s easy to find a show that you both will equally enjoy! So let's get this show on the road and check out five top teen musicals in the West End!

Yes, the smash-hit movie made famous by Tom Hanks’ great performance and that iconic piano scene is a musical production set to hit the Dominion Theatre from September. Your teen (and even pre-teens) will likely be able to relate to the story of 12-year-old John who makes a wish to be big. It comes true - and lots of adventures and misadventures ensue! There are lots of laughs in this heartwarming tale and the musical has been brilliantly adapted - it's bound to put a smile on your face!

‍2. School of Rock - The Musical

Rock and roll! If you’re looking for a musical that’s going to energise your teen like no other, School of Rock at the New London Theatre could very well be it. Based on the hugely popular Jack Black film of the same name. It follows a work-shy pretend supply teacher who starts a band at a snooty prep school. The movie only came out just over a decade ago so it's very likely that most teenagers will already be familiar with the story. And it’s always a little more exciting to head to the theatre to see a tale you already know brought to life on stage. Grab your guitars and come on down!

Sometimes you have to be a little bit naughty! Matilda is a classic pre-teen read that many kids remember as the first book that they were spellbound by. Roald Dahl’s story of a gifted young girl has been turned into an award-winning show at the Cambridge Theatre for all to enjoy! Complete with a catchy original soundtrack, some stellar child actors and colourful sets that will transport you back to your childhood, Matilda is an entertaining spectacle for the entire family. The perfect treat for those with kids of all ages.

From your imagination to the stage! Got a budding actor in the family? Then Showstopper at the Lyric Theatre could be the perfect choice for your next family theatre visit. Fun for those aged 12 and above, this is a London musical with a difference. The audience gets to participate in the show as the cast ask them for suggestions throughout - who doesn't love a bit of audience participation? Especially when you get to create your own show! Every single show will be unique so be sure to check this one out more than once to experience new crazy adventures!

Remember my name! Fame is a hugely popular musical that’s based on the classic 1980’s film of the same name. Fame at the Peacock Theatre is perfect for both adults seeking a blast of nostalgia and teens craving a high-energy, uplifting evening of entertainment! It follows the story of a group of students at a New York performing arts school and is full of upbeat, catchy musical numbers, spell-binding dance routines and incredibly retro sets and costumes. You're bound to leave the theatre dancing off the walls!

Ting Dalton and her family love going on adventures at home and abroad. She lives in Surrey and is mum to two boys under seven. Some of their favourite spots in the local area include Box Hill and their fantastic activity trail. Ting also has a huge passion for travel and food, and her ultimate dream is to taste her way around the world!

21 Summer Holiday Outings With Kids For Less Than A Tenner

17 Things To Do With Kids Under 12 In North London