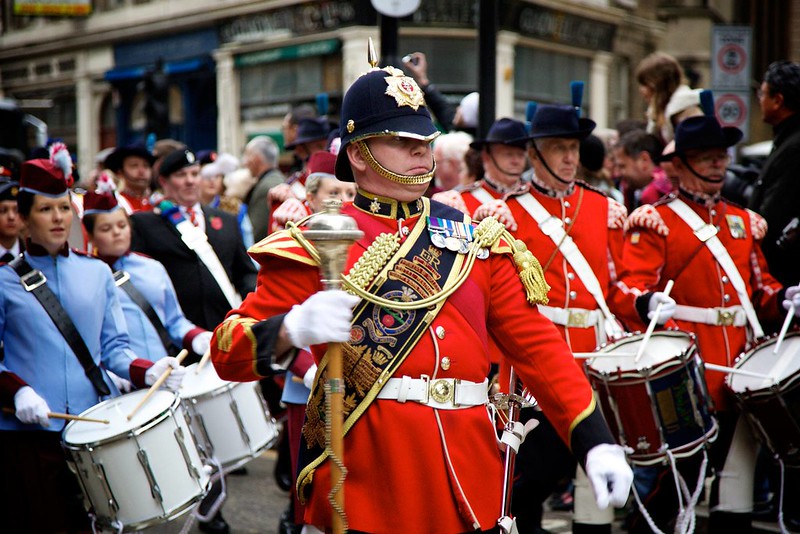 Full of pomp and ceremony, the Lord Mayor’s Show is a highlight of everyone’s year and has been a tradition ever since King John granted a charter in 1215 allowing the citizens of London to elect their own mayor! But aside from the history, the Lord Mayor’s Show combines modern festivities with traditional pageantry and is a colourful, diverse parade of over 6000 people, featuring singing, dancing, military bands, floats and 200 horses! We know it sounds pretty overwhelming, and it can be if it’s your first time, but fear not… We’ve got the answers to all of your questions down below to ensure you know where to be and when. We can’t have you missing the 200 horses now, can we?

What Is The Parade For Again?

The Lord Mayor’s Show is for, well the clues in the name… The Mayor! It’s taking place on place on 9th November and will wind its way through the streets of London, covering 804 years of turbulent London history. Essentially, it’s an epic three-mile long procession, beginning at Mansion House and ending up at the Royal Courts of Justice, celebrating all things British and of course, the Mayor. It’s an annual event and has been a long-standing tradition since the 16th century (if you haven’t gathered already - it’s a pretty big deal). Expect to see the City’s businesses, Livery Companies, charities, Her Majesty’s Forces, the City Police and Londoners from all walks of life come together for one day only, to celebrate this glorious nation.

Why Should I Go?

Well, for starters, it’s completely free and is guaranteed to be one of the best family days out in London because it’s got something for everyone! From spectacular floats and impressive marching bands to representatives from Her Majesty’s Forces and following on from last year - two, completely free festival zones at Paternoster Square and St Paul’s, that are open all day long! There you’ll find everything from classic funfair rides and food stalls to art exhibitions and even live entertainment. We would recommend grabbing a bite to eat from one of the two zones; that way you’ll remain near the action and fuel up, ready for the rest of the day, at the same time! But truly, above all else, the Lord Mayor’s Show is a complete and utter spectacle. It’s bound to light up your little ones’ faces and may even teach you a thing or two about British history. Get ready to clap your hands and stamp your feet to the beat of the drums!

Where Do I Stand So I Don’t Miss Out On The Action?

It’s completely free to stand and watch the procession pretty much anywhere along the three-miles. The entire procession is expected to take an hour and 15 minutes to pass through the streets of London and we would recommend pitching up anywhere along the route (which will be released in due course, but we would recommend looking at last year’s route to give yourself an idea) so that you don’t miss any of the action! The busiest parts of the route are around St Paul’s and Mansion House, so if you’re at all concerned about the crowds, or might be a bit unsteady on your feet, we recommend avoiding these areas. In quieter places like Fleet Street, Victoria Embankment and Queen Victoria Street the crowd should be much more manageable and you should be able to use folding chairs so perhaps head for there first!

1) Leave your car at home - The Lord Mayor’s Show shuts down the City of London for most of the day. There is no road access at all, either in or out so we would recommend planning your route in advance to secure those all-important front row seats!

2) Bring an umbrella - Being London and being November, it is likely that you might see a little rain so always be prepared and bring an umbrella, and maybe even a cagoule for extra protection!

3) Make sure your phone is fully charged - We know that everyone should live in the moment but there are just some things that simply need capturing - a parade with 200 horses isn’t exactly something you see everyday!

Ellie is a keen Londoner, thespian and foodie! She's the oldest of three and loves taking her younger siblings, aged nine and fourteen, on adventures to the theatre and food markets, trying new foods and dabbling in the world of musical theatre. Some of her favourite spots include Primrose Hill and the Natural History Museum, not to mention the ever-changing Spitalfields Market.

Halloween On A Boo-dget! Top 5 Free Things To Do With Kids For Halloween 2019

Trick Or Treat? 9 Spooky Things To Do With Kids For Halloween 2019