Have You Heard This Lego Joke? 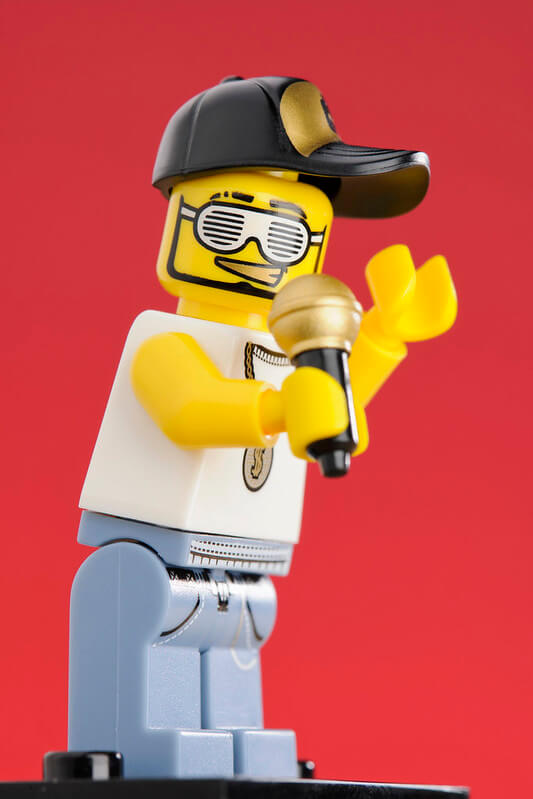 If your kids are Lego crazy then they’ll love these Lego jokes!

Laughter is the best form of medicine, so if your kids need a bit of cheering up then throw some of these Lego jokes their way.

1) What is a LEGO pirates favourite letter? Arrrrrr

3) What is a LEGO’s favourite dance? Square dancing!

4) What do two LEGO people in love say? Never LEGO!

5) Who is LEGO’s favourite artist? Le-Gogh!

6) Where to LEGO people go on their holidays? To The Czech RepuBRICK!

7) What did the angry LEGO brick say to his friend? Your a Blockhead!

8) What does a heartbroken LEGO person say? I’m falling to pieces!

9) How does an Eskimo build a LEGO house? Igloos it together!

10) What has four wheels and eats LEGO bricks? The hoover!

11) What is the best way to keep intruders out of your home? Put LEGO bricks all over the floor!

12) What do you do to someone who doesn’t like your lego jokes? Block them!

13) What is the most common operation in LEGO city hospital? Plastic surgery!

14) What fashion advice did the LEGO dad give to his child? That outfit doesn’t match! Change into some blue legs!

15) What did the little battery yell when it stood on some LEGO? AAA!

We all love a classic knock, knock joke and these Lego themed jokes will have the kids in fits of giggles!

Build me something with LEGOS!

Ice cream when I step on LEGO!

LEGO the handle and let me in!

LEGO to the movies!

Who knew Lego could be so funny?!

21) What do you get if you cross a snake and a LEGO set? A boa constructor!

22) What did the doctor say to someone who stood on some LEGO bricks? Just block out the pain!

24) A lorry carrying LEGO bricks overturned on the motorway! The police say they don’t know what to make of it!

25) Why was the LEGO man sick? Because he had a blocked nose!

26) How do LEGO minifigures measure distance? In square feet!

27) What noise did the werewolf make when he stepped on some LEGO? Ow Ow Ow OWWWOOOOOO!

28) How does a LEGO man measure his feet? In square feet!

29) What do you say to get a LEGO ninja to leave the room? Ninjago!

30) Why should you never pick a LEGO person for your basketball team? They always throw up bricks.

31) Where do LEGO ninjas buy their groceries? A stealth food store

32) What time is it when an elephant steps on your LEGO creation? Time to build another one!

33) Why was the grandad so happy when he finished the LEGO set? The box said 5-12 years, but he finished it in 3 weeks!

34) Why couldn’t the detective solve the LEGO crime? He just couldn’t put the pieces together!

35) What do they do every year in the LEGO neighbourhood? They have a block party!

36) Why do LEGO people hate going to the hospital? Because plastic surgery costs a fortune!

37) What do you have if you have 8 red LEGO bricks in one hand and 16 blue LEGO brings in the other hand?  Really big hands!

38) What do you call it when a LEGO parent sends the kids to their room? A brick separator!

39) What did the LEGO guy say when he gave his girlfriend an engagement ring? Here let me put this on your… oh, wait… uh… would you like a bracelet?

An outdoor pursuits person at heart, raised in the East Midlands countryside, Sarah now lives in Surrey with her two daughters aged 3 and 9. She loves to travel and spend her days outdoors finding new and exciting places to explore with her girls. If she’s not outdoors then you’ll likely find her at home baking, crafting, gardening as well as exercising to keep fit.

Sarah Nyamekye
Things To Do
Ages 5-10

50 Hilarious Jokes For Kids To Keep Everyone Laughing In Lockdown

Rachel Garner
Things To Do
Ages 5-10

Laughter During Lockdown: Funniest TV Shows To Watch With Your Kids

30 Hilarious Words That Kids Get Wrong